[June 13, 2022: There have been some changes made to this post. For more information, read the Editors’ notes at the bottom of the post. Editors.]

This is a four part review. Part one highlights what I think is good in the book “Is It My Fault?”.
The latter parts point out aspects of the book which in my opinion are pretty troubling.
Part 2   Part 3   Part 4

Is It My Fault? Hope and Healing for Those Suffering Domestic Abuse by Justin and Lindsey Holcomb has been a difficult book for me to review. I read it twice through, carefully marking the good and bad points with two different highlighters. Being one of the canaries in the coal mine, and seeing the anguish of other canaries who are fainting from the toxic fumes, I have had to overcome my ‘irks’ and disappointments before I could give fair praise where it is due, while simultaneously trying to encourage the authors by suggesting some improvements. I hope I have achieved this graciously.

Before beginning my review, let me share what the Holcombs said about themselves when promoting their book on sexual abuse, Rid Of My Disgrace, (source):

Our experience in the area of abuse, both personally, professionally, and pastorally, led us to write this book. When Justin was 12, he was assaulted by a member of his extended family. So, he knows personally what victims are experiencing.

Justin has served in ministry for almost twenty years and has counseled numerous victims of sexual assault. He has taught theology at Reformed Theological Seminary since 2001. Justin has also taught courses on sexual violence in the Sociology and Religious Studies departments as well as in the Studies of Women and Gender program at the University of Virginia. 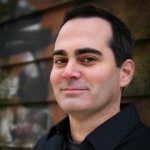 The good points of “Is It My Fault?” (with a few hints for improvement)

The Holcombs (mostly) do not blame the victim. “It is never your fault. You are not to blame. You do not deserve this,” are frequent refrains. They say abuse is wrong, it is sinful, and the victim has been sinned against. They use the word ‘victim’ the way I use it, and for the same reasons: “The term victim signifies the cruelty and unfairness of domestic violence and puts the responsibility for the assault where it belongs — on the assailant.” (26) At the same time, they recognize that ‘survivor’ has nuances that ‘victim’ may not have, and some people who have suffered abuse prefer to describe themselves as survivors rather than victims. (27)

They do not see abuse as a ‘relationship problem’. They quote Lundy Bancroft saying, “Abuse is not caused by relationship dynamics. You can’t manage your partner’s abusiveness by changing your behavior, but he wants you to think he can.” (21) They encourage the victim to speak out and not be silenced (67); but they also say, “You don’t need to confront the abuser alone, because what you most need is to be safe.” (23) The fact that abusers choose to abuse is spelled out clearly in chapter 3. They do not waste time on pushing the forgiveness barrow, and they never push couple counseling or ‘reconciliation’ or talk mushily about ‘redeeming’ such and such.

They get the gender stuff right. They recognise that some victims are male, but they write to and for the overwhelming majority of victims who are women, and whose abusers are men. (28)

The principle of fleeing abuse and escaping from persecution is expounded in chapter 10, with very good use of Scripture; and throughout the book it is mentioned quite often. The Holcombs sum up chapter 10 by saying,

If a woman has an opportunity to be safe and away from abuse, we believe that God would rather she take the opportunity. More than trying to reform the abuser, staying because marriage is forever, staying to show forgiveness, it is better to be safe.  (140)

They put safety first. Putting safety first is one of the cardinal rules for supporting victims, and I am very glad they got this right and gave it the emphasis it deserves. They discuss ‘deliver us from evil’ in the Lord’s Prayer and how not all people are trustworthy (25). They explain the harm domestic abuse does to children (61-3) and how abusers say they will change — but statistics show that they continue to abuse (63). While they encourage the victim to leave, to remove herself from the abuse, they recognise that leaving is not easy but dangerous and that post-separation abuse is quite common (23, 64). They talk about reporting the abuse to the police, and they recognise that going to the justice system is not an absolute guarantee of safety, but it can still be an effective deterrent (65-6).

How to make a safety plan is very well covered in Appendix 2. And in Appendix 1 there is a list of USA hotline numbers; this appendix would been better if it told readers that the hotlines only cover the USA, and if it had given the HotPeach page which gives links to domestic abuse services worldwide.

Psalm 18 is expounded in chapter 11, showing how it pertains to victims of domestic abuse; this chapter is very well done. I particularly recommend the discussion of hamas, the Hebrew word for ‘violence’ which David quotes in Psalm 18.

Psalm 55 is well expounded in chapter 13, showing how it offers great comfort to victims of abuse.

They help the reader who is unsure whether she is being abused (chapter 2). They use key phrases — “walking on eggshells”, “the abuser’s well-stocked arsenal,” his “deceptive wielding of control” that is “difficult to discern” (32). They list things that abusers do, and how they behave. They classify different types of abuse: physical, sexual and emotional. Sadly they do not mention spiritual abuse in this classification. I feel they ought to have given economic abuse and social abuse (isolation) their own headings, rather than lumping them in the emotional abuse category; sometimes financial abuse is so prominent that it is the first facet of the abuse that victim wake up to. This section would also have been improved if they had put emotional abuse first, and sexual and physical after that, as all abusers use emotional abuse but not all use sexual or physical tactics of abuse.

The Holcombs pose very good questions that will help the victim reflect on her experience:

Do you see evidence that the behaviors were deliberate, controlled or planned? Does he act differently towards you when there are other people around? How has he attempted to stop your resistance to the abuse? [great question!] Does he treat others with respect, while treating you with disrespect?  (38)

They give the Power and Control Wheels and talk about the cycle of abuse (39-46). They include vital teaching from Lundy Bancroft: “Abuse grows from attitudes and values, not feelings. The roots are ownership, the trunk is entitlement, and the branches are control.” ( 46) And they talk about male privilege and how domestic abuse is an epidemic (47).

Why some women stay, and the resistance of abused women are addressed well (51-54). I commend the Holcombs for referring to How Women Resist Abuse — a pdf by Calgary Women’s Shelter which I often recommend on this blog, though I would have liked to see that pdf named and extolled in the text, not just in the endnotes. And it was disappointing these important topics were embedded in a chapter titled ‘Why Does He Chose To Abuse?’ as they might be overlooked by the skimming reader.

They honour the victim and encourage her to trust herself more

Violence in the Home  is a good article by Justin Holcomb in Christianity Today (Spring 2015). It gives pastors guidelines about identifying and supporting victims of domestic abuse. I had very few concerns about the article, so I would recommend it being shared with pastors and leaders.

Posts in the “Is It My Fault?” review series

Part 2: Divorce, language use, suffering and substitution, in “Is It My Fault” by the Holcombs

Part 3: The concept of Grace in “Is It My Fault” by the Holcombs

Part 4: More confusing messages in “Is It My Fault” by the Holcombs