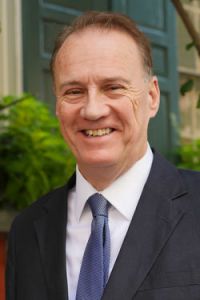 [May 13, 2022: There have been some changes made to this post. For more information, read the Editors’ notes at the bottom of the post. Editors.]

My position is that divorce is not just allowed but necessary where abuse has taken place. [Emphasis added.]
—Dr Liam Goligher¹,  Senior Minister of 10th Presbyterian Church, Philadelphia

If anyone can provide more info on MLJ’s beliefs on divorce for abuse, I would appreciate it.  I checked his book Studies in the Sermon on the Mount, but he doesn’t mention there.

Now, will other ministers take a public stand and say the same as Dr Goligher?

If you are a church leader and believe the same thing, my challenge to you is this: Will you put your name out in public and say it?

The blog comments are open. And it’s far more effective to comment on the blog than on our Facebook page.

¹ Liam Goligher gave me permission to quote here what he wrote to me by email on Feb 13, 2019.

Part 2: Puritans who said abuse was grounds for divorce

Part 3: David Clyde Jones — a contemporary PCA theologian who said that abuse is grounds for divorce

Dr Liam Goligher is Senior Minister of 10th Presbyterian Church, Philadelphia. Some time ago we featured his ten-part sermon series on Esther because it gives such encouragement to those who want to stand up to abusers. Go to Part One of the Esther series to start reading or listening to the whole thing.

You may remember the ESS debate in 2016. Many folks in CBMW teach / taught the Eternal Subordination of the Son in the Trinity to defend their version of complementarianism.

When Liam Goligher asked Is it Okay to Teach a Complementarianism Based on Eternal Subordination? the Christian blogosphere lit up. Mind you, Rachel Miller, Aimee Byrd and a few others had been publicly challenging ESS; they didn’t get much traction probably because they are women. But when Liam wrote about it at Aimee’s blog, a big fire started. While it’s sad that the women didn’t get traction, I think Liam is to be respected for taking a strong stance against ESS.

Go to our ESS Digest to see the posts about ESS at this blog.