The series on Chris Moles will contain the following posts

Each item in this list will be converted to a link when it gets published. 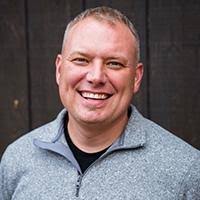 Legend for citations of references to Chris Moles’ work

In order to prevent the series being overly peppered with links, I have created a letter code for each item of Chris Moles’ teaching which I refer to. Click on the letter to find the link to that item.

B — What is domestic violence? – lecture by Chris Moles at IBCD Pre-conference 2017

G — The impact of abuse on children – IBCD ibid

R — Counseling in the Brambles – podcast by Chris in which he talks to Darby Strickland, a counselor from CCEF (Christian Counseling & Education Foundation), Feb 2018.

S — Clarifying our Response to Domestic Violence – podcast by Chris Moles, May 2018. Chris discusses Paige Patterson’s ideas on DV, and then he discusses CBMW’s latest statement on abuse and offers some suggestions for how CBMW could improve it.

T — Telling the Truth to Yourself – blog post in which Chris addresses abusive men, Jan 2018.

V — The Church, Abuse and Me Too – podcast by Chris where he talks to Elyse Fitzpatrick, Feb 2018.

W — The Four Pillars of Domestic Abuse – podcast by Chris where he uses King David’s sin against Bathsheba as an example of the mentality of men who exploit women, Jan 2018.

X — Domestic Violence: Getting to the Heart – blog post by Chris at the Biblical Counseling Coalition,  April 2013

Y — Great week of travelling and teaching – blog post by Chris Moles about the 2018 conference of Association of Biblical Counselors, April 2018.