If I Perish, I Perish — Liam Goligher’s 4th sermon on the book of Esther

UPDATE (22 Sept 2016)   “If I perish, I perish ” —  is highly relevant to the case of Jessica Fore (Abuse Survivor) who has been Charged by her PCA Church with Contempt. Jessica is telling the world and we think she is displaying the kind of courage and faith that Esther displayed. If need be, Jessica is prepared to appeal her case right up to the General Assembly of the PCA. 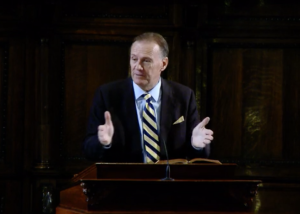 Pastor Goligher unfolds three aspects of chapter four: the sense of dismay, of destiny, and of duty.

In this chapter Esther becomes the chief character in the story. She is no longer just acted upon, she is active. She takes the responsibility of her vocation as Queen very seriously. It was God’s providence that put her in the position of Queen, but she doesn’t see that as diminishing her personal responsibility to do good where she is able to.

The women in the King’s harem were there just to look good and say nothing and not engage their brains.  By the way, that’s not million miles away from the way some people think in our culture, is it?

But Dr Goligher doesn’t admire Esther for her appearance and for keeping silent. He likes Esther for

Haman is plotting to annihilate the people of God but Mordecai gets wind of the plan and passes the info to Esther. This is a riveting story of espionage and how to be wise as serpents when the Devil is trying to destroy God’s people.

We hope you take comfort and strength from this sermon.

Part 3: Of Plots and Kings — Liam Goligher’s 3rd sermon on the book of Esther