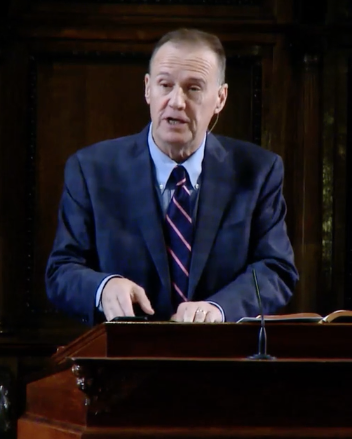 A time to keep silence, and a time to speak

For everything there is a season, and a time for every matter under heaven…
a time to keep silence, and a time to speak (Ecclesiastes 3:1,7b)

King Ahaseurus was a dangerously unstable, volatile, unpredictable man. Esther faced real danger when she asked the King to spare her life and the life of the Jews. She was revealing to the King something she had hidden from him up till then: that she was a Jewess.

All those years in the royal court she had maintained her integrity as one of the people of God, but she had not flaunted her Jewishness. She had revealed it to the servant girls and eunuchs who had loyalty and affection for her — she knew they could be trusted — but she hadn’t disclosed it to the King.

The commentaries written in the 20th and 21st century tend to be very hard on Esther for not confessing her faith more widely, though nobody ever criticises Mordecai (because he’s a man) and the critics of Esther don’t notice that it was Mordecai who had told her to keep quiet about her Jewishness. But commentaries written in earlier centuries tend to recognise that Esther was taking the way of wisdom. Mordecai knew it was wise for him and Esther to keep their religious beliefs low key, until the moment might come for him them to make a stand.

Jesus displayed similar wisdom in not saying certain things in his early ministry. For example, He eschewed the title Messiah but used phrases like the Son of Man. There was time to keep silent, and a time to speak.

In 1 Peter 3, women married to unbelievers are advised to keep silent rather than bombarding their husbands with the gospel; but later in that chapter it says always being prepared to make a defence to anyone who asks you, for the reason for the hope that you have. There is a time to keep silent, and a time to speak.

Her mission was to penetrate the court and get the attention of this volatile unstable King without him killing her. She was to win him over, to provoke him into fascinated curiosity about what she really wanted. Then she had to reveal her Jewishness and beg the King to rescind his edict to eliminate the Jews — when everyone knew the Laws of the Medes and Persians cannot be broken!

On the day of that second dinner party, Hamaan had been chewing glass…having to parade Mordecai around the city. Yet one thought would have consoled him: “The edict still stands! When the Jews are all annihilated, Mordecai will be going down!”

[How many domestic abusers have had similar thoughts because they know that they’ve got powerful allies in the church?]

At that second dinner party, Esther’s full disclosure and plea to the King is the watershed of this whole story. Both Hamaan and the King would have been astounded that she was a Jewess. After dropping that bombshell, she quoted the exact words of the edict to the King. It was obvious that Esther would be killed if the edict was put into effect. But she wasn’t just pleading for herself, she was pleading for the life of all the Jews.

Moreover, she displayed all the poise of a masterful politician —she was wise as a serpent and harmless as a dove. She didn’t try appealing to the King’s sense of right and wrong (after all, he didn’t have one). She appealed the King’s hip pocket. What a loss to the King if the Jews would be destroyed — all the taxes the Jews paid to the King would no longer be paid! She was showing the King that she had his best interests at heart.

The King asked Esther, “Who is he and where is he who has dared to do this?” In her answer, Esther showed remarkable wisdom in not charging the King with signing the edict to annihilate the Jews. She answered: “A foe and an enemy. This wicked Hamaan.”

The most dangerous move yet! To name the King’s chief advisor and biggest donor as a foe and an enemy! How would the “Nice Police” today deal with this statement?  [You must listen to the sermon here — Liam does a brilliant caricature of the British upper class accent.]

The King realised he was in a very difficult political situation. He went out into the garden to consider his predicament. He had signed the edict. Everyone knew that Hamaan was his chief advisor. How could he punish Hamaan for promoting a piece of legislation that he himself had signed into law?

Meanwhile, indoors, Hamaan begged for his life from Queen Esther. And in his agitation, he violated one of the laws of the court: he—a man, and not a eunuch—was alone with the Queen! Even in the presence of the King, no man was permitted within seven steps of one of the royal concubines on pain of death. And Hamaan threw himself on Esther’s couch and begged for his life.

Next episode, next Sunday!

Wise as Serpents —this series has 26 parts. Here is Part 1.