Good men: please denounce the Permanence View of Marriage that denies any reason for divorce.

The Permanence View (PV) of marriage is the view that divorce is not allowed for any reason whatsoever and that no matter what happens in a marriage, marriage vows are a commitment for as long as you both shall live. We have critiqued this notion often on this blog, because we believe it

John Piper, Voddie Baucham and some (many?) in the Quiverful and Family Integrated Church movements hold to the Permanence View, but those camps do not have a monopoly on it. You can also find the PV in other Christian circles and subgroups. Some Permanence View folk permit separation, or permanent separation, and suffer (tolerate) Christians obtaining civil divorce, but they say that it’s possibly/probably/certainly sinful for a Christian to engage in those things and that remarriage after divorce is certainly sinful, although, if confessed as sin, it can probably/certainly be forgiven.

The very fact that my previous paragraph is hard to read shows how muddied these waters are. To avoid the charge of misrepresenting any of the PV teachers, I have to allude to all the variants. The possibly/probably/certainly variants can be found in different Permanence View teachers, and often they can be found within the output of a single teacher of the PV, in different sermons and teachings he has published, which can make it hard to tell exactly where that teacher stands on the spectrum. And how does a victim of abuse, exhausted, stigmatized, at the end of her tether, get through all that hair splitting? She doesn’t. She just gives up. And that makes her even more vulnerable to the hurtful offhand remarks that other Christians make about divorce.

Trigger warning. If you are a victim/survivor, thicken your skin for moment and let’s hear from a teacher of the Permanence View. This is Pastor Voddie Baucham. If you go to his church you will not only have the Permanence View poured down your throat, you will find it laced with a heavy dose of victim blaming, crass humor, and sarcastic mockery.

I tell my wife all the time: “If you leave me, I’m going with you.”  (laughs from the audience).

It’s not an option, people.

Here’s the other thing you need to understand. Marriage is not difficult because of the person you happen to be married to. Let me let you in on a little secret– “You’re the problem!”

So? You’re the problem. You are!

“But they have problems too!”

Yeah they do; but that’s irrelevant! (Baucham chuckles). You are the problem!

And if you leave this marriage and go and get into another one, guess what you take with you? You! Who happen to be – the problem!”

There’s not some green pasture out there called ‘a marriage beyond difficulty and without conflict.’ If you could be a fly on the wall in every home in this church, you would discover things in every home represented in this church that at one moment or another apart from the grace of God, could lead to splits-ville.

And if you’ve never got that frustrated in marriage, you’re not doing it right (loud male laughs from the audience). . .

It is a very serious matter that the Permanence View continues to muddy the waters so badly.  The Christian community has many divorced people in it. And only God knows how many married people are remaining with abusive spouses because they have been told that divorce is ginormously sinful and remarriage is totally forbidden.

These people are not living in a vacuum; they are living in the miasma of confusing and contradictory ideas about divorce. They are the canary in the coal mine. And I submit that by and large they have been abandoned and neglected by theologians, academics, and big name teachers. These leaders are largely pussy-footing around the issue, not stepping up to the plate and denouncing the Permanence View with outrage on behalf of the victims of domestic abuse, many of whom do not have a voice, or, if they have one, it only reaches as far as other survivors of abuse and a few wonderful men who ‘get it’ such as Boz Tchividjian, Steve Tracy, Phil Monroe, Peter Grant, Joe Pote, Tony (a police officer), David Instone-Brewer, Dale Ingraham, Ps Sam Powell, Dave Orrison, Forrest, Gary W [and here too], Michael Lehman, Tim Fall, Jackson Katz and others. And of course our own Jeff Crippen and Wendell G. 🙂 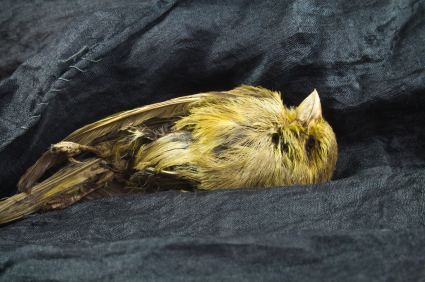 Paul publicly pointed the finger at Peter when he was going off in a wrong doctrine that would hurt many believers and muddy the purity of the divine doctrines. Why are there so few Christian leaders speaking out in outrage and denouncing the Permanence View and naming its most famous proponents, showing them they must repent. The canons of niceness in which leaders never criticize other leaders by name have to stop. Would Martin Luther have been able to catalyse the Reformation if he had not named names? No way.

Men who are seen to be eminent need to denounce the Permanance View and its advocates, and if the PV preachers fail to repent, the good men should remove them from pulpits and platforms. Where is the outrage from leaders who should be protecting the wounded sheep?

And why do I call for men to do this? Women can do it as well, but as we know, women have much less clout in the church (women bloggers and tweeters on social media being the wonderful exception).

If we are to clear up the doctrinal mess on divorce, it is vital to get rid of the Permanence View. Until male leaders take a much more decisive stand on this, the canaries in the coal mine will continue to keel over and faint in the miasma, the muddled mixture of contradictory divorce notions. If we could expunge and scrub out the Permanence View (which after all was first taught by Roman Catholicism, the enemy of Protestantism) then we would have a less confusing atmosphere in which to argue our view that abuse is a valid a ground for divorce and is on an equal  footing with the other two grounds: adultery and simple desertion by an unbeliever.

Men, all good men, if you are reading this, why not add a comment? We would like to hear from you, even if it’s only you saying you read this blog or approve of our work. Maybe you have a story that can inspire other men to take a more active role in the cry for justice. Maybe you have a little anecdote of how you or someone else has tried to confront or resist the abuse-enabling mindsets that are so widespread in our culture and in many part of the Christian church.

Men:— you may not realize it, but women who have been abused are GREATLY encouraged when they hear of men who support and validate our cry for justice.  (And yes, we know that sometimes men are abused by women. Habitual evildoing is not something that is confined to only one sex.)