The Most “Godly” Person You Know Probably Isn’t

Proverbs 6:12-14 A worthless person, a wicked man, goes about with crooked speech, winks with his eyes, signals with his feet, points with his finger, with perverted heart devises evil, continually sowing discord;

Just when my day is going along smoothly and I am actually getting some things on my list done, POW! Something happens that sends me back to the computer to write another post. I can’t just make a note of it. I have to crank it out at the moment if at all possible.

Recently I was reminded very powerfully of how abusers put on their convincing show of “godliness.” I know that we have written numbers of posts on this subject, but I want to try to describe this tactic to you even more clearly so that to whatever extent I am able, you can be there right with me seeing what I see.

Most all ( but not all) of the abusers I have dealt with personally share certain common aspects to the fake persona they put on. These aspects include:

1)  A quietness of voice that feigns humility very well.

3)  Asks “caring questions” about you, often reaching out to pat your shoulder.

These appearances are so convincing that if you have no track record with the person, you will most certainly conclude that you are speaking with a very kind, caring, humble, Godly person. But you are not. You are talking to a narcissistic, abusive individual who is working his game on you.

Now, I have also dealt with “cons.” By “cons” I mean the criminal mind. The sociopath or psychopath who doesn’t work so much to convince you they are humble and Godly and so on. The con is the smooth-talker, and he talks a lot, often loudly. His head is up and he exudes confidence. He is dangerous, but not as dangerous as the “Godly” type that I am speaking of here.

Truly Godly people don’t necessarily look like it! I don’t mean that they live ungodly lives, but simply that they do not work their disguise on you. The Son of God came and walked among us and many didn’t even recognize Him. But everyone knew who the Pharisees were.

So this is just to say – beware of the “most Godly person” you know. The fact that they have made their “godliness” known is reason enough for suspicion. They have to make it known because their “godliness” is the means by which they gain what they are after:

1 Timothy 6:3-5  If anyone teaches a different doctrine and does not agree with the sound words of our Lord Jesus Christ and the teaching that accords with godliness, he is puffed up with conceit and understands nothing. He has an unhealthy craving for controversy and for quarrels about words, which produce envy, dissension, slander, evil suspicions, and constant friction among people who are depraved in mind and deprived of the truth, imagining that godliness is a means of gain.

Addit by Barb Roberts:  This photo may show some of the features that Jeff C has described in this post. The man in the picture is Chris Chandler who was a worker in a ‘c’hristian cult for many years. He pleaded guilty to several charges of child sexual abuse and is now serving jail time for those crimes. 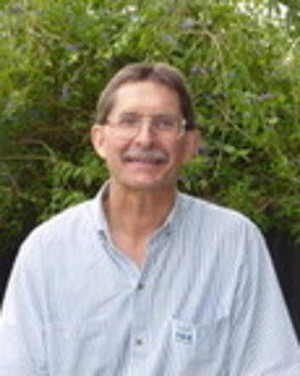 Photo taken from Secrets, lies and sex abuse as ex-sect leader chooses life on the inside [Internet Archive link]