Be safe! — blog safety vv Facebook safety, and other tips for keeping safe in cyberspace 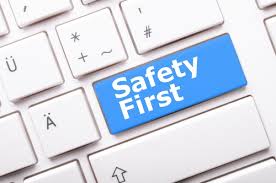 Some years ago I was walking with my best friend / sister through her horrific divorce from a malignant narcissistic abuser.

Although she and I had both blocked her husband during divorce proceedings, he still was able to find sycophants who would allow him to use their Facebook to stalk her comments and mine.

He had the gall to send me an anonymous letter with photocopies of one of my posts berating me in a “typical Christian loving way” and rebuking me for what he assumed was a post aimed at him. He just wasn’t smart enough to cover up the picture to the left of the comments on the photocopy – the picture that identified which person’s Facebook he had used to track my posts. We knew it was him, not the person in the photo, because he used all sorts of editing markups on the photocopy to emphasize words or other things that he contended with. Those were the same editing marks that he used when writing up his sermons.

Like I said, he’s not smart. Wily, wicked, but not smart.

On another post of hers where she did not mention his name nor the details of his current abuse of her (only of the turmoil her emotions were going through) he had someone else print out pages of her post and all of the comforting and encouraging words said back to her by those on her friend list. Then he wrote beside each name how she was acquainted with that person, be it our church, an affiliated church, personal friendships outside of church, or some relative.

He then presented this in court as though it were evidence that she was defaming him publicly though his name was never directly mentioned nor indirectly alluded to… Just comments about the painful hardships she was enduring (which we all knew, without her having to say so, that he was the cause of).

When presenting this in court it was intended as emotional harassment coupled with getting weak judges to agree with his sob story (she is ruining MY reputation!) then the judge would admonish her to not speak of him or proceedings on a public forum. She had not spoken of him or the proceedings, but simply her own emotional pain. But the judge still chose to admonish and basically rebuke her even though she had done nothing wrong. Her now ex was, and continues to be, quite accomplished at gaining allies, lying, and manipulating facts and people.

None of us ever dreamed he would stoop lower and lower, and even lower, in his abuse of her within the legal system. At the outset of the separation and subsequent divorce most people privy to the situation would still have said “Oh no, he would never do that! He’s a minister.” (gag)

Suffice to say, if you have been abused enough to be following this website you cannot predict the depths* that your abuser will go to to continue his power-play of abusing you. Nor can you predict the narrative he may be creating to beguile others into believing how awful you are, how you are mistreating him, and how deserving you are of his punishment.

*The heart is deceitful above all things, and desperately wicked; who can know it? (Jeremiah 17:9)

It is with great hope that we can read the next verse in Jeremiah:

I, the Lord, search the heart, I test the mind, even to give every man according to his ways, according to the fruit of his doings.

Conclusion? Even if you think your Facebook comments are non-incriminating (because, after all, YOU would never even think of manipulating someone’s innocuous comment to paint an untrue picture) a person with evil intent can twist your comments for his own vile use.

Use the blog, use a pseudonym. Be prudent in every communication with everyone. Frankly, if you still have joint “friends” on FB you may wish to consider blocking them just as you have done with him, at least for the present time.

Want help because all this is too overwhelming for you to understand? Email TWBTC (the woman behind the curtain). Her email address is: twbtc.acfj@gmail.com

If you create an alternate Facebook account with a very plain Jane name, you can invite only the people you trust with your life to be your friends. You can communicate with them after they have accepted your friendship.

Keep all your important heartfelt or details of your life comments on your alternate account that only your safest friends have been invited to.

Nothing disappears from the internet

Please remember that nothing disappears from the internet. If you need to get something about him off your chest, but don’t want something to maybe haunt you in the future, don’t use electronic media (social media, texting, email) to communicate it. Say it to someone safe verbally and privately.

If you must communicate with your legal counsel by email, create a new email account specifically for that purpose with a specifically difficult password.

Tips for selecting a strong password  — these tips are from WordPress so they are probably up to the minute advice.

If you are still using the phone and phone service provider that you were using when still living with him, (because quite possibly he’s the one that set up the phone accounts for the household) though it may cost you money you weren’t anticipating, get a new phone, with a new number, with a new carrier. Possibly ask if someone close to you who he doesn’t have contact with will add you as a new line to their account that you pay them for each month. This way he has no ability to finagle his way through phone carrier protocols to access info about you.

If you are still using the phone, the number, and the carrier that he originally set up he may be able to GPS track you, he might have access to your text messages, and he might be able to cancel your phone service out of spite… even after you get your own account (that you pay for) with the same carrier.

I don’t know about all carriers but I do know the almost ex actually did it to my friend through T-Mobile after threatening to do it. He tracked her, he even called people she called (yes, after she obtained her own separate private account with the same carrier) because he still accessed her phone logs to numbers she called that he previously had no way of knowing.

How to turn Geotagging off an Android phone

I am passionate about you protecting yourself from danger you had not anticipated because you don’t have thought patterns predisposed to purposely harming others like your abuser does. Be safe, Sisters!

ACFJ wants to thank ‘Coming Alongside’ – she is the primary author of this post; Barb only added a few links and such.

‘Coming Alongside’ submitted her story as comment here and we thought it was so helpful and so important that we’re republishing it as a stand-alone post. We have tried to contact her to let her know that we are highlighting her comment in a stand-alone post. We trust she is okay with us featuring her story like this, because she is a  long-time follower and commenter and she knows that when she comments on this blog what she has written will be read and edited by us as needed (to protect victims from being identified by their abusers) before the comment is published.

Cyber Safety and Social Networking – this page is a sub-section of our Resources. We put this page together to help victims of domestic abuse be more equipped to guard their safety while they are using the internet, email, social media, Facebook, etc.

Click on the above link to find links to many sites and webpages outside this blog which might help you understand cyber safety better.