If You Refuse to See the Ugliness of Evil, You will be the Ally of Evil

Most people refuse to see evil, because evil is unpleasant. It is ugly. And dealing with it is not pretty either. But if we refuse to see evil, to confront it, to take action against it, we will not only become its ally, we will never see the glory of God’s righteous justice. Christ said in the Sermon on the Mount that it is those who hunger and thirst for righteousness that are blessed. You cannot hunger and thirst for righteousness if you do not yearn to see evil dealt justice.

It is actually reported that there is sexual immorality among you, and of a kind that is not tolerated even among pagans, for a man has his father’s wife. And you are arrogant! Ought you not rather to mourn? Let him who has done this be removed from among you. (1 Corinthians 5:1-2)

…since indeed God considers it just to repay with affliction those who afflict you, and to grant relief to you who are afflicted as well as to us, when the Lord Jesus is revealed from heaven with his mighty angels in flaming fire, inflicting vengeance on those who do not know God and on those who do not obey the gospel of our Lord Jesus. They will suffer the punishment of eternal destruction, away from the presence of the Lord and from the glory of his might, when he comes on that day to be glorified in his saints, and to be marveled at among all who have believed, because our testimony to you was believed. (2 Thessalonians 1:6-10)

In our culture, we pay people to deal with evil and we want them to deal with it out of our sight. Just ask a police officer and he will tell you. When I was a police officer, I faced evil every single day. The ugly stuff. People don’t call you to their home when they are having a fun birthday party. Nope. They call when someone is drunk or assaulting someone and they want the police to deal with it.

One time I was on patrol in SE Portland and covered a traffic accident. There were no injuries but the driver at fault was wasted on booze. When I went to arrest him, he wanted to fight and I let him have it with my nightstick. He sustained a cut on his scalp and, as scalp wounds do, bled rather profusely. After I put him in my car, some bystanders came up and said “boy, that really looked bad when you hit him.” They didn’t like it. They didn’t want to see it.

Another time we responded to a fatal accident in NE Portland where a drunk driver had run over and killed a pedestrian. Before we could cover up the body, people gathered and one of them started yelling, “cover that up! We shouldn’t have to look at that.” My partner (with his Oklahoma drawl) looked at the guy and said “I don’t see anyone forcing you to stand there and look.” Ugliness you see. The ugliness of evil. Sometimes we police officers would remark that we were the garbage men of society, paid to take out the trash but to do it in such a way that the citizenry didn’t have to smell the stench.

I am convinced that this is one of the reasons that churches refuse to deal out justice to abusers and to protect their victims. Because, you see, if we admit to the fact that holy Mr. Jones the pillar of the church is actually, in reality, an evil wicked counterfeit, then we are forced to admit that evil is among us. We don’t want to see it. So we deny the reality of it. We don’t want to hear about it, so we tell the victim to just shut up and/or go away.

You see this tendency to shield ourselves from the ugliness of evil in the ways that Christians so often tend to sanitize the Cross. Do you realize just how ugly that evil event of crucifying the Son of God would have been? Stripped, beaten, mocked, crown of thorns, nail-pierced hands, suffocation…so beaten that Isaiah says you would have wondered if this were a man. But professing Christians wear these nice little gold or silver crosses. We put beautiful wooden crosses in our church sanctuaries. Because, you see, if the cross we think of is really kind of a pretty thing, then our sin doesn’t seem to be so ugly either.

So if the abuser among us is just a misguided Christian, a victim in his own right of some past wrong suffered, if he really is the nice, holy Mr. Jones we have always seen him to be, then his evil really isn’t evil — it’s just an imperfection and after all, none of us are perfect, are we? And once again we don’t have to look upon the ugliness of evil. 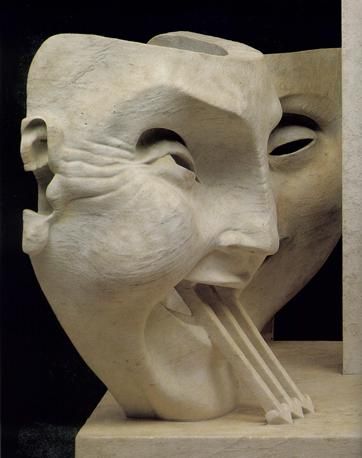 Not too long ago we had to deal with wickedness as a church. Longstanding, extremely deceptive evil that crept in among us. After that wickedness had been dealt with according to God’s Word, some people who profess to be Christians heard about it. Their response? “Well, we just don’t think that treating people like that is showing the love of God. We don’t think that is right.” In other words, as Pastor Sam Powell recently wrote in his post The Theology of Niceness, no one is really evil. No one who says they are a Christian and who is in our church could possibly be so wicked as to merit being put out of the church. The thing is unthinkable to them, you see. It is willful blindness to evil. It is refusing to look at evil. It is a refusal to hunger and thirst for righteousness. Such people willfully tolerate abusers and other heinous perpetrators of wickedness in their own churches at the expense of the victims.

I must wonder. Do these kinds of people think that fundamentally even the Devil is a nice guy and we ought not talk about how he will be cast into the Lake of Fire for all eternity one day. It’s just too, too…..unpleasant. It seems that they really want God to back off and be a kinder, gentler God who cuts most everyone a lot of slack in the end.