The perspicuity of Scripture, and how some put a grille on the view

Perspicuity: The quality of being perspicuous [clearly expressed and easily understood]; clearness and lucidity

The Perspicuity of Scripture is an important doctrine in Protestantism.

1689 Baptist Confession of Faith 1.7
All things in Scripture are not alike plain in themselves, nor alike clear unto all; yet those things which are necessary to be known, believed and observed for salvation, are so clearly propounded and opened in some place of Scripture or other, that not only the learned, but the unlearned, in a due use of ordinary means, may attain to a sufficient understanding of them. (2 Pet. 3:16; Ps. 19:7; Psalm 119:130)
[The same text is in the Westminster Confession except that it adds Ps. 119:105 and omits Ps 19:7 from the references.]

Martin Luther, Bondage of the Will
But, if many things still remain abstruse to many, this does not arise from obscurity in the Scriptures, but from [our] own blindness or want [i.e. lack] of understanding, who do not go the way to see the all-perfect clearness of the truth… Let, therefore, wretched men cease to impute, with blasphemous perverseness, the darkness and obscurity of their own heart to the all-clear scriptures of God… If you speak of the internal clearness, no man sees one iota in the Scriptures, but he that hath the Spirit of God… If you speak of the external clearness, nothing whatever is left obscure or ambiguous; but all things that are in the Scriptures, are by the Word brought forth into the clearest light, and proclaimed to the whole world.

When the Bible is taught in an unbalanced way, with some precepts over-emphasized and others downplayed, it’s like a grille is put over the the perspicuity of scripture. The grille stops us seeing some of the things that would have been part of the view if the grille had not been there. We don’t see some precepts of scripture when the way it has been traditionally taught puts bars on our view — bars in our minds which we are not even aware of. 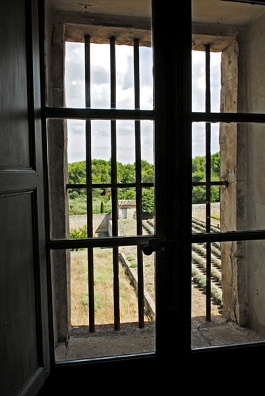 Isaiah denounces those who obscure the perspicuity of scripture in Isaiah 28:8-29

For by people of strange lips
and with a foreign tongue
the LORD will speak to this people,
to whom he has said,
“This is rest;
give rest to the weary;
and this is repose”;
yet they would not hear.
And the word of the LORD will be to them
precept upon precept,
precept upon precept,
line upon line,
line upon line,
here a little, there a little,
that they may go, and fall backward,
and be broken, and snared, and taken.

Pastors who preach exegetically — working their way though one book of the bible at a time — may believe that they cannot fall into this trap. But even with exegetical preaching, the grille can still be imposed on those in the pews if it is in the mind of the preacher. The preaching will be biased and unbalanced to the degree that the preacher is illuminating some things from the text but obscuring, ignoring, or downplaying other things.

A common example of this is the way that pastors talk about ‘the wicked’ as if they are only the folk who don’t attend church, those arrant unbelievers who are off hedonizing on a Sunday rather than sitting in pews. Yet the Bible does not use the term ‘the wicked’ to just refer to pagans and unbelievers. It uses it for those who are presenting themselves as believers and devout worshippers of the God of the Bible while they are actually wicked deceivers who crave power. But how many preachers illuminate this today?  That is why Jeff Crippen’s sermons on abuse have been such a lightbulb for many who have found them.

Isaiah pulls no punches in his indictment of the shoddy leaders in ancient Israel. Do you hear a tone of mockery in his repetition of “line upon line, precept upon precept, here a little there a little”?  I do. Isaiah seems to be showing how these guys are stuck in a rut: they just keep repeating the same old things they’ve taught before. And that tone of mockery is something that is rarely used today in the right — Biblical — way as demonstrated by many Old Testament prophets and the apostle Paul when they mocked the prideful religious leaders who thrived on power and control.

Therefore hear the word of the LORD, you scoffers,
who rule this people in Jerusalem!
Because you have said, “We have made a covenant with death,
and with Sheol we have an agreement,
when the overwhelming whip passes through
it will not come to us,
for we have made lies our refuge,
and in falsehood we have taken shelter”;
therefore thus says the Lord GOD,
“Behold, I am the one who has laid as a foundation in Zion,
a stone, a tested stone,
a precious cornerstone, of a sure foundation:
‘Whoever believes will not be in haste.’
And I will make justice the line,
and righteousness the plumb line;
and hail will sweep away the refuge of lies,
and waters will overwhelm the shelter.”
Then your covenant with death will be annulled,
and your agreement with Sheol will not stand;
when the overwhelming scourge passes through,
you will be beaten down by it.
As often as it passes through it will take you;
for morning by morning it will pass through,
by day and by night;
and it will be sheer terror to understand the message.
For the bed is too short to stretch oneself on,
and the covering too narrow to wrap oneself in.
For the LORD will rise up as on Mount Perazim;
as in the Valley of Gibeon he will be roused;
to do his deed—strange is his deed!
and to work his work—alien is his work!
Now therefore do not scoff,
lest your bonds be made strong;
for I have heard a decree of destruction
from the Lord GOD of hosts against the whole land.

The canons of niceness in the Church today are such that if a teacher or preacher uses that kind of directness to denounce wolves in sheep’s clothing, he is going to be impugned or shunned. If a leader these days spoke like this, he would generally be considered beyond the pale. 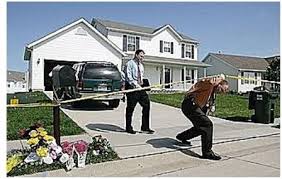 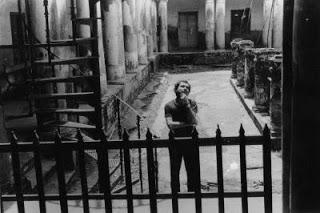