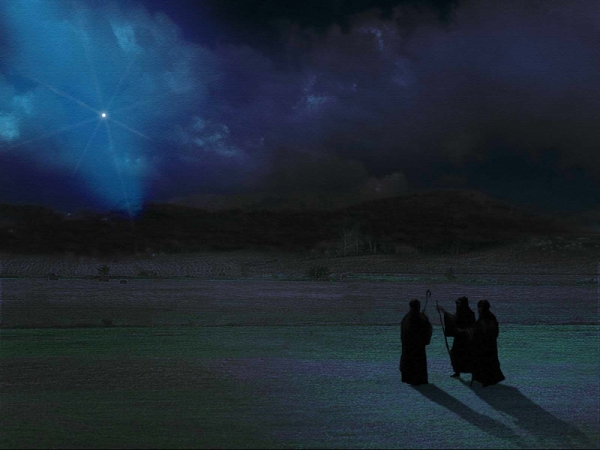 UPDATE  Sept 2021:  I have come to believe that Jeff Crippen does not practise what he preaches.  He vilely persecuted an abuse victim and spiritually abused many other people in the Tillamook congregation. Go here to read the evidence. Jeff has not gone to the people that he spiritually and emotionally abused. He has not apologised to them, let alone asked for their forgiveness.

[August 12, 2022: There have been some changes made to this post. For more information, read the Editors’ notes at the bottom of the post. Editors.]

Usually pictures show the wise men following a star that is nearly as bright and large as the moon. But this is sheer speculation: Scripture doesn’t tell us anything about the size of the star. It merely tells us that wise men noticed the star when it rose and they somehow knew it signalled the birth of the King of the Jews. So they went to Israel, asked King Herod where the new King had been born, and when they had finished the interview with Herod the star “went before them until it came to rest over the place where the child was.”

(1) ….behold, wise men from the east came to Jerusalem,  (2) saying, “Where is he who has been born king of the Jews? For we saw his star when it rose and have come to worship him.”

(7) Then Herod summoned the wise men secretly and ascertained from them what time the star had appeared.  (8) And he sent them to Bethlehem, saying, “Go and search diligently for the child, and when you have found him, bring me word, that I too may come and worship him.”

(9) After listening to the king, they went on their way. And behold, the star that they had seen when it rose went before them until it came to rest over the place where the child was.  (10) When they saw the star, they rejoiced exceedingly with great joy.  (11) And going into the house they saw the child with Mary his mother, and they fell down and worshiped him….  (Matthew 2:1-2, 7-11  ESV)

Here is a beautiful hymn about the wise men and the star.

Saw You Never, in the Twilight1

Saw you never, in the twilight,
when the sun had left the skies,
up in heav’n the clear stars shining
through the gloom, like silver eyes?
So of old the wise men, watching,
saw a little stranger star,
and they knew the King was given,
and they followed it from far.

Heard you never of the story
how they crossed the desert wild,
journeyed on by plain and mountain,
till they found the holy child?
How they opened all their treasure,
kneeling to that infant King;
gave the gold and fragrant incense,
gave the myrrh in offering?

Know ye not that lowly baby
was the bright and morning star?
He who came to light the Gentiles,
and the darkened isles afar?
And we, too, may seek His cradle;
there our hearts’ best treasures bring;
love, and faith, and true devotion
for our Savior, God, and King.

Rather like the wise men, the Christian victim of abuse sees a little stranger star and sensing that it bespeaks truth and freedom from oppression, she crosses the desert wild. The journey across plain and mountain is fraught, dangerous, lonely….and when she gets to a built-up area there are crafty figures in positions of authority who masquerade good-will towards her, while secretly planning to roadblock and destroy the victim and the source of her hope.

But the star leads her to the right place. And she worships the Lord who brought her out.

1Words [Internet Archive link]: Cecil Frances Alexander 1853. [August 12, 2022: We added the ink to Hymnary.org’s page for the lyrics to Saw you never, in the twilight. The Internet Archive link is a copy of that page. Editors.]
Tune: Chartres, a 15th century French Melody; harmonized by Charles Wood.
This hymn is on page 228 of the Trinity Hymnal which is one of the hymnbooks used by Christ Reformation Church where Jeff Crippen is the pastor. Thanks to CRC and Jeff’s wife Verla for introducing me to the hymn.