David’s sin against Bathsheba and Uriah 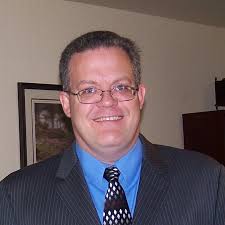 Today we are sharing two sermons by Ps Sam Powell.

At the start of this sermon Ps Powell explains what reformed theology teaches about the doctrine of election, and how the “U” in the acronym T.U.L.I.P. has been misunderstood and distorted by many people.

Then he talks about how, when David took Bathsheba, David was taking advantage of the power he held. Bathsheba was not at fault: she could not have refused, because David was the King.

In this sermon Sam reiterates that Bathsheba was not guilty of seducing David, nor did she mutually consent to the adultery.

Speaking of David’s sin and how David then genuinely repented, Sam says:

There is no Christian who has ever committed a heinous sin who has been forgiven by God, and looks back on it and says, “Whew!  That was worth it though! What a great time!” God always brings us to the place where we are mourning for our sins.

Repentance is not a crafted public-relations statement that you make before reporters when you get caught. Repentance is actually brokenness over sin, which David demonstrates and God brings about in the years that follow. There are consequences to David’s sin and those consequences take place. Because we read that “the thing that David had done displeased the Lord.”

The sermon also touches on the death of the baby David had conceived with Bathsheba, and the birth of their second son Solomon. But it does not have time to address the later  consequences which seem to be flow-ons from God’s displeasure with David: the evils perpetrated by David’s sons Amnon and Absalom and the trouble they caused.